Over the years, Masterworks Choral Ensemble has continued to refine its mission of presenting and promoting the art of vocal music. MCE has experienced both the strength of continuity and the excitement of change. Members have been brought together weekly by one constant unifier: the love of singing. It’s an amazing journey that started in 1981 with discussions of starting a new community choir and continues today. Now, 37+ years later, MCE is still a strong and vibrant non-profit organization. Thus far MCE has:

Your gifts ensure that we can maintain our organization until such time as we are allowed to perform again.

Buy through AmazonSmile, and 0.5% of the price of your eligible purchases go to Masterworks as your choice organization!  ** Amazon Associate 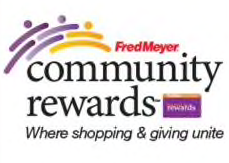 Connect your Fred Meyer Rewards card to Masterworks and every time you shop Fred Meyer and use your card, we earn a donation! Learn More…